Encouraging News for the Future of Marijuana Commerce 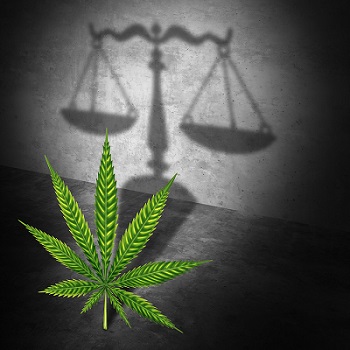 Lost amid the excitement surrounding the recent Group of 7 economic conference in Canada, and peace talks in Singapore with North Korean leader Kim Jong Un was what could be the most encouraging news cannabis businesses have heard in a long time about relief from federal prohibitions against cannabis-related commerce.  According to a June 9 Los Angeles Times article, President Trump announced that he would “probably support” a bill currently making its way through Congress that would amend the federal Controlled Substances Act to include a framework that states that its prohibitions against marijuana no longer apply to those following state, territory or tribal laws “relating to the manufacture, production, possession, distribution, dispensation, administration, or delivery of [marijuana].”

Trump’s remarks came the day after the bill, which has bipartisan support, was proposed by its sponsors.  Referred to as the “STATES” Act (Strengthening the Tenth Amendment Through Entrusting States) the bill, which is co-sponsored by Senators Cory Gardner (R-Colorado) and Sen. Elizabeth Warren (D-Mass) would reshape the legal landscape for marijuana if it becomes law.  According to the Times article, the legislation would end the threat of Justice Department crackdowns on marijuana growers, producers, and providers who so far have been reluctant to go fully public with their enterprises because of the risk of federal law enforcement seizures of their assets.  To the disappointment of fledgling marijuana businesses in states like Massachusetts and Colorado, which have both legalized adult recreational use of marijuana, marijuana production and sales has remained a risky and unstable business because it remains illegal federally. More importantly, potential seizure and forfeiture has inhibited lenders from working with marijuana businesses and caused investors to proceed with great caution.  As a result, marijuana businesses have had little choice but to operate on a cash-only basis, an archaic approach which also subjects them to the threat of robbery by those tempted by the large supplies of both marijuana and cash. While it does not specifically legalize marijuana, the bill would give cede authority to the states to address these dilemmas.

According to Sen. Gardner, whose home state was one of the first to legalize adult recreational use of marijuana, the time has come to end the inconsistency between state and federal law on the issue.  The Times quoted Gardner as saying, “If you are in the marijuana business…you can’t get a bank loan or set up a bank account because of concern over the conflict between state and federal law. We need to fix this.  It is time we take this industry out of the shadows–bring these dollars out of the shadows.” Gardner was also quoted as calling the situation “public hypocrisy” in that firms are expected to pay taxes yet are barred from participation in the financial system.  Supporters of the bill also believe that lifting the federal prohibition would bolster efforts to create uniform testing and regulatory standards for marijuana, and free scientists to pursue research into the medical uses of marijuana and cannabis products. Trump’s support for the bill could have major effect.

However, according to the Times, it will also put him at odds with his Attorney General, Jeff Sessions.  Sessions has long been a vocal critic of marijuana legalization, and in January angered its supporters by rolling back an Obama-era policy that gave states freedom to manage recreational use.  Memorialized in the “Cole memo”, that policy restricted federal prosecutors from targeting producers and sellers who operate legally under state laws. The STATES bill appears to be an attempt to resurrect that policy.  Such an attempt will likely wrankle Sessions, who, according to CNBC.com, in May of 2017 sent a letter to congressional leaders asking that they eliminate an amendment that prohibits the Justice Department from using federal money to prevent states “from implementing their own State laws that authorize the use, distribution, possession or cultivation of medical marijuana.”  Sessions will likely find support from the law enforcement community.  Three days before Trump’s remarks, he received a letter from a coalition of narcotics officers groups urging him to oppose STATES, calling the bill “an attempt to encourage more drug use in America.”

Such anti-marijuana sentiment is at odds with what appears to be public support for recreational marijuana use.  According to the Times, “public opinion polls show majorities of Democratic and Republican voters nationwide favor legalization” and yet the federal ban remains.  Currently, 9 states and Washington D.C. allow adult recreational use of marijuana. Nearly 30 allow its use for medical purposes.

Whether President Trump’s seemingly favorable remarks result in his support and the passage of the bill remains to be seen.  However, if they signal growing momentum for the Gardner-Warren effort and a softening of federal prohibitions, the marijuana industry may have received its best news in a long time.