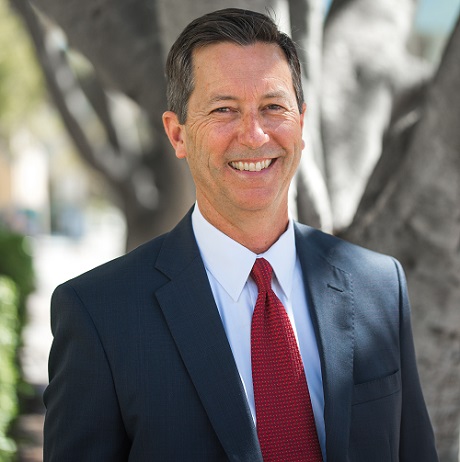 What happens if I miss my court date?
Your failure to appear on your scheduled court date will most likely result in a warrant being issued for your arrest with a specified amount of bail attached to it, which you must pay to avoid remaining in jail until the Sheriff brings you to court. Sometimes, usually on felony cases, the judge will issue a warrant without bail, which means you will remain in custody until the Sheriff brings you to court from jail. If you miss your court date, call me immediately so I can get a new court date for you and you don’t get arrested. If the warrant requires you to post bail to get out of jail, I can help you find a bail bondsman who can arrange payment of your bail ahead of time, so you don’t have to wait in jail until your next court date.

Failing to appear for court can also affect the status of your driver’s license, especially if your court date was for a DUI case. In those cases, your license might be suspended or even revoked depending on whether you’ve been in trouble with the law before.

How do I know how much my bail will be when I am arrested?
The amount of bail that you must post will be determined at the jail and depends on the crime you were arrested for. The court publishes a bail schedule, which lists the amount of bail you must pay to be released from jail. Generally, the more serious the crime, the higher the bail. Bail for a crime will also be higher if you have been arrested and convicted of a crime before, or if you failed to appear for court while on bail in the past.

How much does it cost to bail out of jail?
If you have enough money, you can pay the amount of bail to the staff at the jail and you will be released from jail. However, most people can’t afford to do that especially when they are arrested for a felony crime, which often require the payment of bail of $25,000 or more. In those situations, most people use the services of a bail bondsman or bonding company, who will post the bail amount for you. However, the bondsman or bonding company will charge you a fee for this service. This fee is usually 10% of the amount of bail, which means if the bondsman pays your $25,000 bail for you, he will charge you $2,500.

What happens if I can’t afford to pay any amount of bail?
You have the right to a bail amount that you can afford. A recent change in the law made it so that when you are brought to court, the judge cannot order a bail amount on your case higher than you can afford unless you have been in trouble before for certain serious crimes..

What happens if I miss my court date after I post bail?
Your failure to appear will most likely result in a warrant being issued for your arrest, probably without bail. This means when you are arrested on the warrant you will remain in jail until your next court date. Your failure to appear after posting bail will also result in your bail being “forfeited,” which means you lose any money you paid as bail to get out of jail previously on your case. If your bail was posted by a bondsman, the fee paid to the bondsman will be forfeited, as will the money the bondsman paid for your bail. The bondsman can get his money back if he finds you and brings you to court in a certain amount of time, which means he will be actively looking for you. The police will be looking for you too. If you find yourself in this situation, call me immediately. There are steps I can take to help you.

Can my attorney go to court for me?
The law allows an attorney to appear on behalf of his or her client in misdemeanor cases unless the case involves a charge of domestic violence or disobeying a domestic violence restraining order. In those cases, the client must appear at his or her initial court date (arraignment), sentencing date, and at any other time when ordered to be present by the court to be informed of and served with a domestic violence protective order. If the case involves a misdemeanor charge of driving under the influence, the court may order the client to be personally present in court at the time of his or her arraignment, when he or she pleads, and when he or she is sentenced. In felony cases, the rules are stricter, but there are many situations where your attorney can appear for you in court.

Can I get my conviction “expunged”?
If you have successfully completed probation, you can petition the court to set aside a guilty verdict or permit the withdrawal of a “no contest” plea and dismiss the charges against you. However, this does not “expunge” the conviction in the way most people think it does. In fact, there is no such thing as an “expungement” under California law where a conviction is “erased” and removed from your record. Your conviction will always show up on your record. However, seeking to have the conviction set aside does have advantages. Most importantly, a “dismissed” entry will be made on your record and will stand as proof to an employer asking about your history before hiring you that, despite the conviction, you have done everything you can to make things right and get your life back on track. There is more to it than that, which I can explain if you would like to contact me.

Can I get the records of my arrest sealed?
Yes. The way to do it varies depending on your case. For example, if your arrest did not result in a conviction, you have the right to have the record of your arrest sealed, with certain exceptions. If you were convicted of a crime, you don’t have the same right, but you can still petition the court to seal your arrest records “in the interests of justice.” Success on an “interests of justice” petition depends on many things such as whether you have been in trouble before, what you have done with your life since the conviction, and whether you got into trouble while you were on probation if probation was granted to you. The judge hearing your petition will want to know how the conviction is negatively impacting your life and how sealing your arrest records will help you.

What happens if I win my petition to have my arrest records sealed?
The court will send a copy of its order granting you relief to the California Department of Justice to update the arrest record, noting that the arrest is sealed. Records that are sealed under the court’s order, will be disclosed only to you or a criminal justice agency (District Attorney’s Office, police departments, probation and parole offices, etc.) Private employers cannot access the database containing sealed records. So, if you qualify for this relief, you should definitely pursue it. I can help you determine your eligibility and handle your petition for you.